We Second That Emotion

Think about this actual situation - A grocery store customer decided to abandon her shopping cart in the middle of a handicap parking space, walking down to the other end of the parking lot with groceries in hand.  She did this despite the fact that she had to pass a cart corral on the way to her car.  To make it even worse, she didn't even prop the cart up against the curb or concrete parking bumper, as some of us have done on occasion. 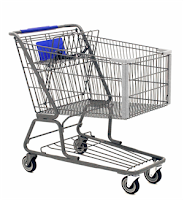 The parking lot is on an incline.  With a gust of wind, the cart began rolling downhill, toward the far end of the lot. After several hundred feet at considerable speed, it unerringly struck the side of this same lady’s car.  Everything happened to be witnessed by the store manager, along with several employees of the grocery store who were outside assisting other shoppers.

Refusing to acknowledge karma, the negligent shopper sued the grocery store and shopping center, stating the cart was defective and the parking lot should never have been sloped.  The claim was turned over to the insurance carriers, who promptly wrote a sizeable check to the customer.

Although it was the customer’s actions that resulted in the damage, and there was nothing wrong with the cart or condition of the parking lot, the insurance carriers knew the cost (in time, effort, and money) involved in going to court.  It was cheaper to write the customer a check.  Had it been up to the store manager, the customer would have never received a dime.

This is a hard lesson for Board members to learn.  Whether it's homeowner negligence or a collections case, the inclination is to have the wayward individual suffer the full consequences of his/her actions.  An example, a homeowner chooses to lease out his home, despite clearly understanding that this is prohibited by his community's covenants. The homeowner is sent multiple violation letters and incurs many fines for doing this. A year later, the matter is sent to court in order to get it resolved.  On the eve of the court hearing, the Association’s attorney comes to the Board with a recommended settlement that waives all or most of the fines incurred. The attorney's fees and court costs have already begun to mount. 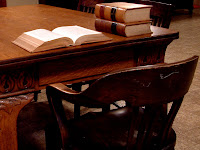 Although the Board wants to take this homeowner “to the mat”, they must weigh the very real possibility that the homeowner will prevail at the trial level. This result would require further legal action for the Association to appeal to reverse the decision.  It is about a 50-50 chance that a judge/jury will side with the homeowner against the Association “bully”.  Also as expenses pile up, the likelihood increases for foreclosure and bankruptcy of the homeowner, in the end, leaving the Association with a large, uncollectible legal bill.

That is not to say the Board of Directors should always compromise.  Consider this:  For years a homeowner has refused to pay his assessments, and knows how to game the system to make it an arduous process.  He has outlived the turnover of many Boards through the years.   He is great at avoiding service processors, and once a judgment finally occurs after 18 months, the Association is unable to locate assets or wages to garnish.   The Board announces its decision to pursue foreclose.  At this point the homeowner finally comes forward with a settlement offer. 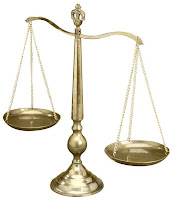 However, he is a symbol to others in the community, both nonpaying homeowners and those who are tired of paying more than their fair share.  To send a clear message to the community, the Board decides to incur another $7,000 to force the sale of his home on the courthouse steps.  Although expensive in the short-term, it drives the other delinquent homeowners to settle their obligations, and encourages the rest to continue paying.

The difference between the two above situations is the role emotion plays in the process.  A Board member must weigh his wish for a "pound of flesh" against short and long term costs.  Always be mindful of the impact emotion plays for all the parties involved when reaching a decision.
Posted by Access Management Group at 8:16 AM

Email ThisBlogThis!Share to TwitterShare to FacebookShare to Pinterest
Labels: Board, Collections