A common topic Access Management Group responds to are questions on actions taken by individual Board members:

“Recently one of our Board members, on his own, sent out a message to the community soliciting information about management company interactions.  I’m worried it may have been inappropriate.  What is the rule for communications by the Board?”

If an action by a Board member causes unease, don’t ignore your gut reaction:  Boards must operate in a way that is very definitive, with unified messaging, to avoid needless confusion.   How an email or letter is worded may negatively impact the community’s perception of the Board if it is too “familiar” (using words like “I” rather than “We”) in tone, or can be perceived as political in nature. 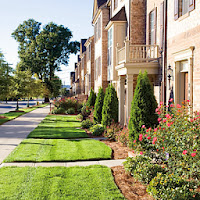 Remember:  A community association is a corporation run in the manner of a business, not a city council.  While the natural desire is to be friendly and informal, any communication from the Board or a Board member will be taken as an official pronouncement by some in the community, regardless of intent.

The best policy is for the Board to designate a single point of contact, whether that is the Board president, secretary, or the community association manager.  Whoever is selected should have excellent composition skills:   Misspellings and grammatical errors will distract from any messaging.  Nothing should be sent to the community without review by the Board as a group.  While not every Board member will respond or agree with a particular notice, all should be focused on maintaining the professional image of the Association.

All of this relates to the broader issue of a Director choosing to act independently of the Board.  The Georgia Real Estate Commission, which oversees the licensing of Community Association Managers, has provided the following on dissenting Directors: 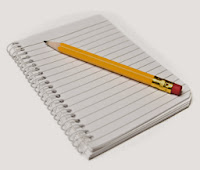 • Although not required by law, a dissenting Director should keep the discussion at the Board meeting confidential even though he/she disagrees with the final result

As you can see, this is a serious topic that needs to be discussed frankly and frequently among all Board members.  Setting expectations in advance of such negative behavior is key to preventing a dysfunctional and disrespected Board.
Posted by Access Management Group at 9:11 AM 1 comment:

Email ThisBlogThis!Share to TwitterShare to FacebookShare to Pinterest
Labels: Board, Directors

Consider this real-life scenario: Bob purchased shares of Coca Cola stock without first reviewing the company’s performance and future plans.  He was looking forward to earning dividends along the way, and surely he could sell his shares and get out at anytime with extra money in his pocket. 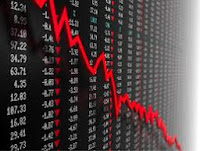 Leading up to the annual meeting, Bob received a mailing from Coke, detailing plans for further expansion in to South America, and he was upset to discover that no dividends would be issued.  Because of liability the company was addressing, the value of his stock actually dropped.  There were other items as well, and he didn’t agree with any of them.

He immediately sent a series of messages to the Board of Directors, challenging them on various items, claiming they didn’t have the authority to take certain steps without stockholder approval, and threatening legal action.

The Board didn’t respond, as all of Bob’s challenges were invalidated by the regulations spelled out in the company’s governing documents – an educational experience for Bob that came at the cost of hiring an attorney.  When Bob complained that he hadn’t known about these regulations, he learned it was up to him to discover such things.  Ignorance of the law is no excuse.

Unfortunately, many prospective homeowners are like Bob, not taking time to research the community that they plan to purchase in to.  They are shocked to discover the level of authority a homeowners association carries.  Disagreements over budgets, assessments or compliance violations often result from misunderstanding the roles and rules that a person agrees to when moving in to a deed-restricted community.

Just like Coca Cola, homeowner associations (HOAs) are corporations and operate under the same set of laws.  Many of the restrictions you would face as an employee or an investor in a company apply to HOAs.  While a firm may have a clothing dress code, your association has a housing dress code.  Your employer won’t allow you to set up a camper trailer in the parking lot, and the same trailer would not be permitted in HOA’s common area.   The similarities go on.

With some exceptions, a person is able to contract away many of the rights granted by the U.S. Constitution.   A homeowner may stand up in a community meeting, waiving a copy of the Declaration of Independence or Constitution, and demand the right to post any type of signage he wants in his yard.  However, he is bound by the covenants he entered into when purchasing his home.  These covenants are a contract between all homeowners in the community, and if they require signage to be posted only in the window of a home, the homeowners will need to come together as a group to alter the terms of the contract to permit signs elsewhere.

Such amendments are not easy to pass, and anyone buying in to a community should assume that the regulations will remain unaltered.   This is not necessarily a negative situation:  It prevents the implementation of truly horrific regulations that would create misery for the neighbors and drive down home values.  The amendment process is intentionally cumbersome, encouraging thoughtful deliberation over a span of months or years.  Slow change is preferable to a whirlwind that leaves your community in shambles.  For items worth changing, working through the process, rather than railing against Board volunteers, is the path to success.
Posted by Access Management Group at 8:18 AM No comments:

When homeowners contact the management company or the Board of Directors to lodge a complaint, instead of dismissing them, ask them to volunteer for a committee. This gives them a constructive outlet to be part of a solution on something they are passionate about.  Sometimes in serving on a committee, they discover their complaints are not as valid and what they are trying to accomplish is not as easy as they originally thought; but at least they were provided the choice and know that they were heard.

Boards are typically empowered by the governing documents to appoint residents to serve on committees.  Although it may not be detailed in the governing documents, members of the same household serving on a committee could be considered a conflict of interest, so Boards will usually steer clear of making such assignments.   If a committee member is not doing his job or takes action that could jeopardize the Association, the Board has the ability dismiss this volunteer.

These committees then appoint a chairperson to run meetings and report back to the Board.  Examples of committees are Architectural Control, Finance, Landscaping, Pool and Social.  There are also temporary committees (called ad hoc committees) that are developed for specific purposes or special projects, such as a Budget committee.   Each committee has its own budget which is submitted to the Board for approval annually.

Now for a few examples of concerned homeowners being asked to serve on committees: 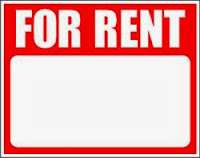 One homeowner who had been on the lease waiting list for five years asked if the covenants could be amended to increase the number of homes permitted to lease at any one time.  With the Board’s blessing, she was permitted to send a survey to the community to see how many people were interested in amending the covenants, before the Board went through the expensive and arduous process of getting an amendment passed.  Because of this exercise, the homeowner felt the Board understood her concerns, and she learned first-hand how hard it is to be get people to respond.  In addition, many that did respond were opposed (for various reasons) to changing the covenants.  The matter was dropped.

Another homeowner complained on how the money was spent and the amount of the assessments.  He was invited to serve on the budget committee.  Despite several attempts to reach him afterward by both the Treasurer and Community Association Manager, he was never heard from again.

A truly legitimate concern calls for a truly legitimate action on the part of the person identifying the problem.  While some homeowners only wish to complain but not help resolve issues, making it a standard that all challenges will be meet with an invitation to a committee will reduce needless negativity and help those who agree to volunteer to gain a better understanding of how and why Associations operate as they do.
Posted by Access Management Group at 9:42 AM No comments: