Lawsuits are almost always unwelcome surprises.  Combined with the regular daily stresses Board members face for their communities, it's a relief knowing you have proper insurance in place, right?  So, when the insurance company denies the claim saying you didn't report it quickly enough, you reach for the heartburn medicine. 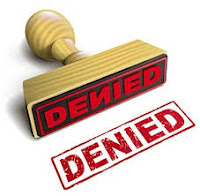 Unlike in Georgia, many other regions of the country are lenient when it comes to missing reporting deadlines.  In these States, the thinking is that only material breaches relieve obligations under a contract.  Insurers should not benefit if they haven't suffered an actual disadvantage due to late notice.  And as one court said, "It would also disserve the public interest, for insurance is an instrument of a social policy that the victims of negligence be compensated."

A century ago, insurance policies were truly private contracts and judges avoided altering them.  Many courts now recognize that insurance policies are no longer fully negotiated agreements.  Instead, these are based on standardized forms with conditions dictated by the insurance company.  Since these forms are now used industry wide, there really aren't alternatives for the consumer to tap into.  But we live in a pro-insurer state, so let's dig a little into this whole "notice" thing.

Your insurance covers a time period defined as either "occurrence" (for damages that happen during the term of the policy, such as a windstorm) or "claims made" (for when you are served a lawsuit, not necessarily when an incident occurred).  "Claims made" policies have become more popular for insurance companies.  It helps them avoid losses from asbestos, environmental, and other claims having roots in actions occurring decades ago.   Among other reasons, the insurer isn't having to defend a previous customer from thirty years back, and can tack on stipulations to the claims-made policy to limit covering similar events for new clients involved in such items.

See the difference?  General-claims-made versions often give you a longer window to place a claim.  While Georgia courts usually side with the insurer when it comes to determining the notification period, on occasion something known as the "prejudice" rule comes into play.  In this arena, prejudice means that delaying notification to your insurance carrier placed it at a disadvantage.  It needs time to investigate, set aside reserves, and control or participate in negotiations if it hopes to have the best outcome possible.

If the insurance company can show prejudice, it avoids covering the situation even if there is a question about the late notification. 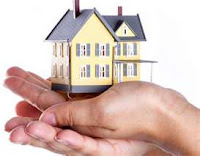 The take-away is this:  As soon as you suspect a claim, notify your insurer.  If your claim is denied, consult with your Association's legal counsel.  And most importantly, be sure to only use insurance brokers who regularly operate in the homeowner association industry.  You can locate them at the Georgia CAI (Community Associations Institute) website.  The first mistake many Boards make is cutting corners on costs by using an insurance broker who is not familiar with all the intricate pitfalls faced by HOAs.  An inexpensive policy fails you when you need it the most.  Don't scrimp in this area.
Posted by Access Management Group at 2:08 PM 10 comments:

Like a good neighbor...dah, dah, is there! Many of us recognize this popular slogan. So what defines a "good" neighbor exactly? They are many ways that owners choose to manage their relationships with neighboring units. Let's take a moment to look at the more successful ways these relationships have been managed.

New ownership is the best time for  owners to make a good first impression. Some immediately introduce themselves to neighboring homeowners by visiting their homes. While others, choose to write little courtesy notes with notifications about pending work that will likely prove messy and disruptive to nearby units or homes. These small acts of kindness go a long way with building a good rapport with new neighbors. There's a high probability in attached multi-family structures that  an owner may have to one day confront an owner about a leak, noise, smoke intrusion, or any of the other items that may come up. An initial good rapport will make these confrontations more pleasant and better managed if the neighbors are already starting from a position of mutual respect.

Owners who have passed the new neighbor period can still strive for good rapport with their neighbors. For example, if an owner is being disturbed by a neighboring unit’s noise, then they have a couple of choices. Most owners either contact management or they confront the noisy neighbor directly. We've seen more success with owners who choose to politely address their noisy neighbor versus asking management to step in and address/handle. People are often a bit offended when management is contacting them with a report from an incident that took place a couple days prior and they are even more frustrated that management is not permitted to disclose who the reporting party is. However, when an owner chooses to confront a neighbor with an issue, it's often best if they introduce themselves and begin by saying "you may not be aware of this but...." or “probably don’t know or realize it but….” The noisy neighbor will sometimes offer their cell phone so the impacted neighbor can call or text if they hear future disturbances. Again, small acts of kindness go a long way.

The age old adage do unto others as you would have them do unto you is very true. In communities, a strong rapport amongst the neighbors is very important. Management often has to coach people through this process. People have diverse backgrounds with varied upbringing. So banging on the ceiling to make a neighbor be quiet is totally fine to some, or smoking in the bathroom where smoke goes into a shared vent is no big deal, or allowing contractors to leave messy trails of construction dust in the hallway is ok because they think the janitorial team will clean it. The Governing Documents, the Rules and Regulations, and community newsletters are designed to establish these standards for everyone. So on-going education about these standards is crucial to having a successful, vibrant community!
Posted by Access Management Group at 3:11 PM 7 comments: