Do you struggle with how to ensure that all your neighbors are paying their dues? Well, the The UK recently released some interesting results of studies on how to increase payment compliance (taxes, fines, etc.). 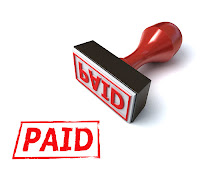 In the past, it was generally assumed that people weighed the personal cost and benefit of failing to pay. However, these recent studies showed that the vast majority of individuals had a strong sense of moral obligation, justice and fairness, which is shared by their neighbors, with a strong expectation against avoiding paying debts.  In other words, in many instances people care more about fairness than they do about maximizing personal gain.

Here are some gems uncovered in the studies that homeowner associations should consider when dealing with delinquency or rules violations:

· Use simple and personalized language in your letters.A notice with simplified language had a 35% response rate compared to a traditional letter at 21% or a generic letter at 4%.

· Using images along with simplified direct wording tripled the response.


· Highlight key information in bold text.  Items in bright red or blue are more credible than other color choices.


· The most important information should be placed to the right side of the page, above or in with the headline, and highlighted (bold or color).


· A handwritten Post-It included with a document to be completed had a 70% return rate, double those without the Post-it.  A Post-It with the senders initials and “Thank You” increased responses even further.


· Having the responder’s signature line at the beginning rather than the end of a form increased honest reporting by 10%.


· Payment into an honesty jar (paying for tea or coffee left unattended) doubled with the presence of a picture of eyes posted above the jar.


· Drawing attention to the high rate of compliance by neighbors (9 out of 10 homeowners have already paid their assessment) increases a positive response by 15%.


· Letter should highlight the impact of failed compliance (both on the neighbors and on the offender).

While it may not be possible to incorporate all of the above in to your messaging, the takeaway is that raising awareness and removing anonymity are key to compliance.
Posted by Access Management Group at 9:31 AM No comments:

Spring is the time of year when we all start thinking about working to improve or repair our homes and property.  Since finding a good contractor can be a daunting task, check out these tips:


Ask for References  Always obtain references from a contractor.  Don’t just ask for references; check them out.  Call the reference.  If possible, take a look at the work the contractor has performed.  Any good contractor will have references that will be happy to answer questions about the contractor’s work.


Check with the Better Business Bureau and Chamber of Commerce  Again, these organizations may not have extensive records on the contractor; however, they may be able to inform you of any complaints made against the contractor.


Ask Your Neighbors  The best source for contractors may be your neighbors.  As the community ages, many homeowners have taken on projects.  There is a good chance that one of your neighbors has used a contractor for something similar to what you need that they were pleased with (or they may be able to inform you of a bad experience with a contractor you are planning on using).

Ask Other Contractors  A good source for contractors is other contractors.  Example:  Maybe you have a plumber you are happy with.  Chances are that plumber will know a good HVAC company. 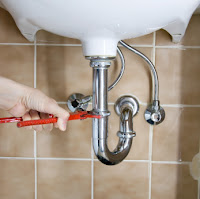 
Obtain Bids  Always obtain bids.  By obtaining more than one quote on a job you can be assured that you are receiving a fair price.  The bid process may also reveal differences in the levels of service provided by different contractors. 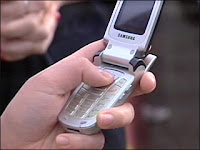 Call the Association Manager  Mangers often have contractors for several different categories on file that have been recommended by other homeowners.  While these contractors should not be exempt from the above investigation, it is a great starting point. Further, please inform the manager of contractors whom performed well for you.
Posted by Access Management Group at 11:02 AM No comments:

Georgia law contemplates emergency circumstances when the normal Bylaws that govern your Association are suspended, but only if you plan ahead!


Section 14-3-207 of the Georgia Statutes tells us that an emergency exists if a quorum of Directors cannot readily be assembled because of some catastrophic event (i.e. tornado, fire, or gunman). 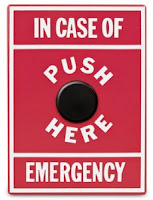 Unless your Bylaws say otherwise, the Directors may chose (in advance) to adopt a separate set of Bylaws which go into effect during such an emergency.  Be sure you consult your Association’s legal counsel when putting these together.


Such temporary regulations would be to address special procedures such as:

(2) Quorum requirements for the meeting; and

(3) Designation of additional or substitute Directors.


These special Bylaws must be distributed (prior to any emergency) to your membership under the guidelines provided in your normal Bylaws, and remain in effect unless amended or repealed by either the Board or the membership.  In any case these Bylaws are only in effect until an emergency ends.

Any actions taken by the Board under these special Bylaws are just as binding as under normal circumstances, and no Director or agent of the Association may be held liable as long as actions are taken in good faith.

Don’t forget this important issue when planning your emergency response (such as evacuation routes) for the community!
Posted by Access Management Group at 11:19 AM No comments:

Email ThisBlogThis!Share to TwitterShare to FacebookShare to Pinterest
Labels: Board, Covenants, Directors, Quorum

Many homeowner associations have restrictions on leasing (rental caps) that, among other items, make the renter liable for unpaid assessments.  Unfortunately, many landlords do not realize this, and even more fail to provide copies of the Declaration, Bylaws, and Rules & Regulations to the tenant prior to signing the lease. 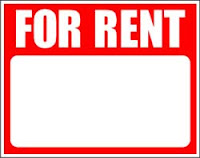 With the help of legal counsel, each of Association should draft a mandatory addendum to be included with all leases (signed by both the landlord and lessee) with this assessment obligation, along with notice of typical community violations (such as pet restrictions & acceptable move-in times).


In practice, landlords frequently overlook these required addendums.  Several times each year the Association should provide notice of this regulation to keep it fresh, with copies delivered to all residents, in the event that the landlord is not forwarding mail to the tenants.
Sample assessment liability wording for the addendum could be something such as:
If the landlord is delinquent on Association assessments, the tenant must send monthly rent payments directly to the Association until the notified that the delinquency is paid in full.  If the tenant refuses to send these rents, the full annual assessment amount becomes due, and the tenant is liable for the entire amount and can be pursued in collections as if he/she were the owner.  The Association will also continue pursuing the owner payment.
Per the State statutes the tenant can't be evicted by the landlord while paying the rent garnishment to the Association. 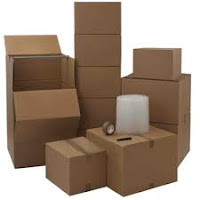 Whether or not the Association’s Declaration has a covenant that permits it to evict tenants for any type of violations, by having such a condition in the above lease addendum, the Association obtains a contractually enforceable right to do so – definitely consider having this included!

A final thought:  Some landlords circumvent rental cap restrictions by making the tenant a temporary “owner” – the tenant should be aware of the additional legal exposure he or she is putting himself/herself in by agreeing to this.  Even after the “lease” ends and the tenant has moved off property, he/she can be pursued for any debt, violations, damages, etc. that occurred during his/her time as an “owner” or “trustee”!
Posted by Access Management Group at 3:07 PM 1 comment: