It is interesting to take a look back to see how communities handled the transition into the "Great Recession" - from the booming mid-2000's to today. The following information is based on a study analyzing the budget behaviors of 125 homeowner associations / condominiums located in 13 counties and 40 cities scattered throughout the Atlanta metro area.

While nearly every community did see a rise in delinquencies over the last four years, those communities that invested more funds in their communities through higher annual operating budgets saw the lowest delinquency increases:


·         Those consistently increasing the budget by 10% or more had delinquencies rise by 5% or less, with an average March 2012 delinquency rate of 10% or less.
·         Those who chose to freeze all budget increases experienced an average 7% increase, with the final March 2012 rate at 14% or higher.
·         For those who chose to slash their budgets, final March 2012 rates ended at 17% or more, in some cases going over 40% of the community not making payments.
·        Lowering dues did not encourage delinquent owners to pay, and the loss of services or deferring maintenance actually increased the number of individuals choosing not to pay.
·        Legal collections expense as a percent of total budget, when at least 5%, had the most impact on delinquency rates.  Those communities that chose to spend very little in collections suffered huge delinquencies increases, jumping up 15% points or more from levels in 2007.  This makes sense, as homeowners sitting on the fence of whether or not to pay assessments were looking to see how serious the Board was in pursuing collections. 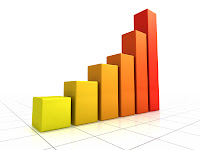 The average annual operating budget numbers reveal the story behind Board-planning behaviors, displaying on one or more of the following attitudes:


Pie-in-the-Sky – acting as if in a perfect world, with no contingencies, a belief in 100% collections, and a neighborhood that required little upkeep to make it “# 1” in the eyes of potential purchasers.

Squeeze ‘em ‘till they Bleed – deliberately choosing to play hard ball with the community to artificially increase fines income, or hiking rental or utility rates.

Shell Game – similar to the one above, the Board reallocates revenue streams to mask the need for an increase in the standard operating assessments, and pads shortfalls from money set aside for capital repairs, setting up the community for a major special assessment in future years.
Don't look behind the Curtain – imposing charges not authorized or supported in the governing documents, such as transfer or initiation fees.

Save Us, Super Developer! – the community relies on developer subsidies, resulting in artificially reduced assessments for several years, rather than building up a capital reserve fund.
Steady as She Goes – a Titanic mentality of having the band play while the boat slowly sinks, with the Board refusing to raise rates at any point year after year.

What Me Worry? – same result as the above, this Board doesn’t give a thought to budgeting at all, and the governing docs require an automatic duplication of the prior year’s budget, year after year after year.
Planning to Fail – the Board deliberately plans on imposing special assessments rather than raising rates, resulting in the loss of a lifeline when a true emergency emerges.

Rebound – a new Board comes in and does a dramatic decrease, only to discover disaster and have the rates bounce back the following year, plus some to cover up for the short-sight.
Machine Gun Kelly – rates are all over the place with the reapplication of zero-line budgeting year after year, rather than doing zero-line once followed by historical budgeting from then on.

Slash ‘n Burn - cut all services in the name of reducing rates, with the consequence of deferred maintenance that costs twice as much to address in following years.  It’s always more cost effective to maintain annually than to permit deterioration that requires capital outlays several years down the line, to say nothing of the damage to the community’s reputation with sales agent.
Value Added - appropriate inflationary increases to match vendor costs due to things such as oil prices, plus proactive planning for improvements.  Definitely the only attitude permitted under the Board’s fiduciary duty to the community.

Earlier this year the federal case Colony Beach & Tennis Club Association, Inc. concluded that a condominium association could not avoid its obligation to maintain common elements by refusing to vote to impose special assessments necessary to fund repairs.  Combine this with homeowners who now more than ever are inclined to sue, with the Association’s insurance provider refusing to defend the Board, and voilà a ready-made court-ordered assessment far more costly than if the Board had done its job.
Associations doing their job had funds in hand during the economic downturn to take advantage of deep discounts for capital improvement projects.  Those who failed to save, or had not maintained their communities prior to the downturn, were left scrambling.  They lost opportunities to differentiate their community from others when it came to attracting new homeowners taking advantage of suppressed housing market prices.
Prospective buyers are savvier than before the economic crisis, many looking at budgets and reserves more closely when deciding desirability.  Communities with deteriorated common areas, or that have had to special assess, will turn away quality homeowners, and only attract the types of buyers who contribute to a downward spiral.  Bottom line...how a community's board chooses to handle the budget drives the value of of the community.
Posted by Access Management Group at 8:29 AM

Email ThisBlogThis!Share to TwitterShare to FacebookShare to Pinterest
Labels: Board, Budget, Financials