The ‘War on Drugs’ in the 1980's  resulted in escalated property seizures by state and federal agencies.  For some states (like Georgia) where 100% of the seizure proceeds went to law enforcement, seizures unfortunately became an incentive for police corruption. 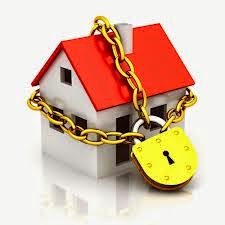 Since that time, we have seen confiscations jump dramatically in the new century.   At the moment, Georgia is one of the five toughest states when it comes to reclaiming seized property from the police.

After several years of trying to address this, finally in 2015, the Georgia legislature passed the Georgia Uniform Civil Forfeiture Procedure Act.  With the widespread support that this bill enjoys, it will likely be signed into law soon.  This Act caps the amount of funds going to any particular policing agency at 33% and establishes an easier avenue for innocent property owners to reclaim seized property.

Whether or not the law passes, your real estate can still be seized if it is being used for illegal activities such as drug distribution - even if you are unaware of the activity.  Under the new law, you now can more easily challenge and recover the home if you meet a series of criteria.   Some of these requirements are: that you did not know of the conduct, did not know the conduct was likely to occur, and should not have reasonably known it was likely to occur (Georgia Statutes section 9-16-17(a)(2)(C)(D)(E)).

What does this mean for you as a homeowner?  If your homeowners association (HOA) contacts you about suspected illegal activity occurring in your home, you need to immediately contact the tenant or relatives staying in the home and resolve the situation - and make sure to document to such effect.  If the HOA is worried enough to contact you, it's likely that they see it as something that endangers the neighborhood.  Their next phone call may result in a police raid, and the possibility of a home seizure.

As always when dealing with legal issues like this, be sure to consult with an attorney before acting.
Posted by Access Management Group at 8:55 AM