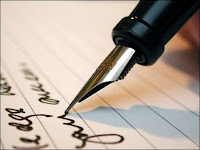 We are frequently receiving information requests - and we’re happy to assist with such requests, whether or not these requests come from existing clients.  Below is a recent example that we think might be helpful to share. If you happen to have a topic you would like to see covered, feel free to call Access Management at (770) 777-6890.

I attended your free Board of Directors training class a few months back and took away a lot of great ideas that I had hoped to implement in my HOA.  One idea was to form a budget committee, but that went over like a lead balloon with many fellow Board members.  Homeowners have expressed an interest in forming a budget committee, but I don't want to go against the other Board members.  Should I be wary of meeting with these residents?

Also, we recently approved a large project not planned for in our annual budget or capital project schedule.  It is a continuation of something many of the residents have complained about in the past, questioning the Board’s rationale spending funds on such a project.  I had suggested it be pushed back to be included in the next annual budget, but the other Board members balked.  Ultimately, the project was approved despite my objection, with only two directors voting "No".  As Treasurer, I'm concerned that, even though I fought against it, I could be accused of mismanaging the funds.  Is there a general rule to follow in approving large projects?  Parts of this project will at least give the appearance of benefiting one of the Board members.  Could the residents sue us for something like this?

Our response to this HOA treasurer included the following information:

For unbudgeted projects, the best protection is to request that the meeting Minutes be amended to list who voted “yes” or “no” on that particular item.  It will be difficult to hold you responsible for mismanagement if you show you were against it.

Homeowners can choose to sue for anything, but unless they have a lot of money, the cheaper option is just to vote out Board members.  Courtroom judges will rarely second-guess a Board decision, so the homeowners would have to come up with really good documentation showing poor business decisions being made.

For big projects, always involve professionals such as engineers, attorneys, etc. for advice, and obtain at least three qualified bids – this demonstrates due diligence.  At the end of the day, the Board has the ability to make whatever decision it wants, so it is critical that homeowners engaged in each meeting throughout the year.
Posted by Access Management Group at 7:57 AM