“How do I determine which rules control my home, and what takes priority?” This is a question that frequently comes up as being confusing for homeowners. Below, in descending order of importance, are various legal documents you may come across when investigating this issue:

Case law resides above all of these documents:  The courts’ interpretation on the interplay of these regulations with other state and federal laws and specific situations, which may not have been contemplated by the creators of the various documents.

Each court jurisdiction (magistrate, state, superior, federal) may have some overlap on resolving disputes, and each resolution is both costly and time-consuming:  It is always best if Associations can resolve differences without resorting to the legal system.


While individual disputes may be addressed at the trial level, what matters most are determinations made on appeal, since these will be referred to when addressing similar disputes in the future.  As in other areas of law, the State Supreme Court trumps lower levels of appeals, and Federal appeals, if granted, are above those of the state level.  While one state is not bound to the decisions in other states, judges do frequently refer to out-of-state decisions to clarify a line of thinking.  Federal appeals cover multiple states, and one federal jurisdiction may look to others when reaching a determination. 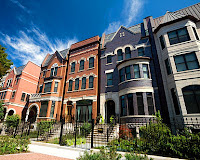 As consensus on a particular issue forms across the country via the judicial system, wise Boards of Directors keep track of such developments to avoid pitfalls made by others.  While a Director should avoid practicing law on behalf of his or her Association, there is a responsibility to self-educate so potential problems can be recognized in advance and experts consulted for the good of the community.
Posted by Access Management Group at 9:42 AM