One of the fundamentals of homeowner associations is the presence of a binding agreement on obligations and rights between neighbors.  Similar to the Mayflower Compact, these promises are established in a document that goes by various names, such as Covenants, Conditions & Restrictions (CC&R) or a Declaration of Protective Covenants.

For those new to the homeowner association concept, we are beginning a series of blogs to provide a framework for understanding how these obligations operate.

At the basic level, an association is an agreement governed by contract law.  Because many of the regulations mimic civic law, it is easy to forget that the two are not the same.  Civic law creates the foundation that permits property ownership, along with restrictions on the use of that property.  Some of these restrictions are imposed by civil government, such as zoning ordinances.

Other restrictions are created by the persons who buy and sell the property.  For example, an area of farmland may be sold to a housing developer, with the stipulation that 10% of the acreage be dedicated to parks.   Depending on how this restriction is structured, the park land may have to exist ‘forever’ or it may be removable under certain conditions.

In homeowner associations, this same concept is utilized on a larger scale.  Some of the use conditions are easier to alter than others.  In some cases, a restriction may be considered a violation of public policy, and be voided by the civil authority.  For example, the Right of First Refusal was a common restriction in many land exchange transactions going back a century or more, and permitted prior owners the option of buying back a home to prevent it from being sold to non-white Americans. 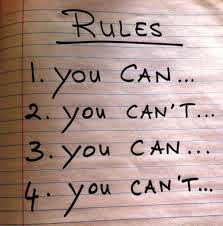 On the opposite end of the spectrum, some civic laws may be ruled as an impairment of contract and not enforceable against homeowner associations.   An example of this would be a state law permitting an individual homeowner to use the courts to bypass the community’s amendment process for changing the governing documents.


Future posts in this series will drill down into specific sections of the Declaration and consider their implications...so stay tuned!
Posted by Access Management Group at 2:32 PM