Get the LED Out!

We are bombarded with messages about “Going Green” and taking energy conservation steps.  Often the talk is short on specifics.  One practical step that takes a sizable bite out of your electric bill is converting your lighting system.  Consider this - 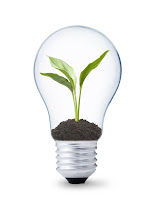 On average, an incandescent bulb last 1,000 hours, a fluorescent 10,000 hours, and a LED 100,000 hours.  If you burn a bulb 24 hours a day, seven days a week, you will be replacing the incandescent in one to two months, the fluorescent in a little over a year, and the LED after 10+ years.  You are also probably paying for labor each time a bulb needs replacement. 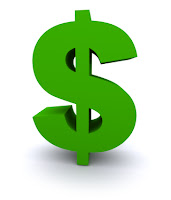 Four-foot long fluorescent fixtures typically use two 40 watt bulbs which actually burn 96 watts total because of the drain by the ballast that regulates energy flow.  Even if the fluorescent bulbs in tube-fixtures are burned out, energy is still being consumed by the ballasts.  For the cost of replacing a bad ballast (approximately $45), a single four-foot LED tube can replace two fluorescent bulbs, dropping hourly electrical usage from 96 to 20 watts.  LEDs do not require a ballast to operate.

On average, placing a LED in a four-foot fixture that is on 24/7 will pay for itself in nine months, including the labor costs for bypassing the ballast during the bulb replacement.
Converting a community with 100 four-foot fixtures to LED will lower the annual bill by over $5,000: That’s change you can believe in!
Posted by Access Management Group at 8:52 PM