Board members are humans too - so unfortunately, there are occasions when an individual elected/assigned to the Board proceeds to act in ways placing both himself and the Association at risk. 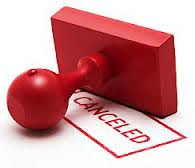 Such a situation occurred in a condominium community, when a newly-elected Treasurer took it upon himself to call and severely reprimand each vendor, and withhold all payments.  Each vendor immediately severed relations with the Association.  All other vendors in the region refused to bid on work requests after hearing about the poor treatment.  The damage extended all the way to the management company, which promptly gave 30 days’ cancellation notice, drained what little was left of Association funds (the management company had deferred many months of management fees so the Association could make its water payments), and left the community to be self-managed and self-maintained.  All of the above transpired during the first couple of months of the Treasurer’s reign, with nearly two more years left in his term of service.

When the rest of the Board realized what had transpired, they mounted a campaign to have the Treasurer recalled (removed) from the Board by homeowner votes.  After holding a community hearing, where the Treasurer attempted to play a guitar and sing to the homeowners about why he should remain on the Board, ballots were cast, and the Board declared that the required 51% had been achieved for removal.

However, one Board member remained behind after the meeting to ensure all procedures had been correctly followed, and discovered that ineligible votes had been counted.  Although all those who had attended or delivered proxies had voted for removal, voter apathy prevented the Treasurer’s dismissal.

The Board resigned itself to stripping the Treasurer of his title, issuing letters to every vendor they could think of to ignore any communications, and attempted to conduct business in the face of constant disruptive behavior.  It was years before the community could attract reputable vendors.

Had the Board sought legal counsel, they might have learned that the State of Georgia does permit another avenue of removing a Board member.  Under the Nonprofit Corporation Code, suit can be brought by either a vote of the Board, or 10% of the homeowners, to have a judge strip a Board member of his position and bar him from future service. Granted, this is not an inexpensive option, running well into the thousands of dollars, but the cost of not acting may have been greater.

If your Board or community does decide to pursue this route, it is critical that you can demonstrate to the judge that you have taken all reasonable steps to first resolve the situation, that the director engaged in fraudulent or dishonest conduct, or gross abuse of authority or discretion, or that he violated one of the duties (such as fiduciary duty) to the Association.

Having an attorney assisting throughout this procedure is a “must”, as the courts do not lightly interfere in such matters.  Be prepared to provide extensive documentation to support your contention that the Board member is a hazard to the Association.  The presence of such paperwork is often sufficient to convince the wayward member to resign, prior to an actual court date.

To avoid a future repeat:  While the issue is still fresh on the minds of the community, propose an amendment that will expand the reasons for removal beyond the traditional “miss three meetings in a row” rule.
Posted by Access Management Group at 8:00 AM